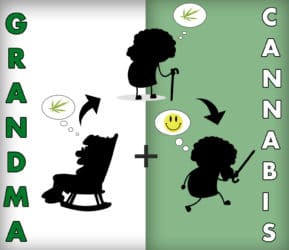 My grandmother walked this earth some 95 years or more without once trying in any of it’s various forms, cannabis.

She was such an amazing and wonderful woman.  Strong.  Intelligent.  Independent.  In her early 90’s she was diagnosed with Lewy Body dementia.

What is Lewy Bodies Dementia?

As amazing a woman as she had been in her prime, it was heart breaking watching her suffer from the degradation or her basic motor and comprehension skills.  With Lewy Bodies dementia she was a shell of her former self.  She was frequently lost or confused.  Could not recall family members or recent events.  She often become agitated and went off on tangents.  She thought everyone was out to get her and struggled to try to convey this message to those around her.  Often times screaming out that she was being chased, tormented or worse by any number of delusions her mind had allowed her.

Though her bones were brittle, she did not know.  During some of her worse episodes she would flail, fight and bite…anything within her reach. It was like watching a monster move-in and take over the life of this woman I had known my entire life. Not myself nor others were able to recognize her during her episodes.  She was not herself during these spells, which only increased in both frequency and length as time wore on.  I can’t tell you how long it took me to convince her care-taker to allow her to try cannabis for some relief from the effects of her debilitating disease.

I can however with vivid detail recall the first time she had taken a dose of cannabis and it’s almost immediate effects on her.

I had taught my mother how to incorporate concentrated cannabis oil(s) into her cooking.  After that first day she saw to it that CBD was to be a regular part of her elderly mothers diet with a moderate dose at meal time. Always measured.  Always monitored.

The first day she had taken the medicine via a gelatin capsule.  There wasn’t a bunch of time to prepare a meal.  She was desperate.  A full episode was underway.

30 minutes prior to ingesting some Cannabis she had been convinced that her family were the devil and had been trying to poison her.  She gnashed her teeth and attempted to bite a hand that held a napkin up to her mouth.  She spit the tattered corner out and let her disgust be well known.

An hour later she had had time to digest the capsule and catch her breathe.  She was relaxing in bed. To look at her then you would not have known the emotional and physical roller-coaster her disease had just taken her on. She was calm.  Quiet.  She was hungry and tired.  The Facts of Life was on television.  Tooty had made some joke at the expense of Mrs. Garrett.  And then she laughed.  A gigantic larger than life laugh the likes of which we hadn’t seen in years.

Initial results had been positive enough that my she would begin regularly receiving doses of Cannabidioil within her meals.  My mother, having never used the substance herself, was quickly becoming a whiz in the kitchen, concocting any number of Cannabis friendly meals.

Here this woman had managed 95 years on earth without knowing the Cannabis plant in any capacity..  Here now, she was regularly receiving, ingesting and benefiting from both CBD and THC in her diet.  The effect of which were profound.

Her improvements would steadily continue. She would begin sleeping easily and comfortably without the nightmares. She would begin eating all of her meals in their entirety.  Her appetite healthy as ever. She became more lucid.  Conversational. But best of all she began remembering faces, remembering people. The state(s) of confusion almost entirely left her at times. Because of the regular meals and her steady sleep schedule she was now taking care of herself physically.  It showed. Visits with her had gone from unbareable.  Painful and torturous. To pleasant, normal, peaceful, enjoyable.  It was great watching her get a little stoned and laugh at old sitcoms, sing songs and crack jokes  She was an outgoing stoner….err…patient of medicinal marijuana in the final years of her life.

She could once again hold conversations.  She could laugh and make others do the same. She no longer imagined the devil was out to get her.  She no longer lived in a world of paranoia. After a few months I had attempted to explain to her what I believed to be the reason for her revival.  I tried to tell her that the medicine that we were giving to her that was helping her immensely was yet a Schedule 1 drug categorized by the FDA.

I had tried to explain to her that this medicine was the reason why her food had tasted good again.  Why her TV was suddenly funny again, music enjoyable and why she now had a desire to live once more. In the end though, none of it mattered.  She was able to relegate many of the debilitating effects her disease brought her. The only thing that mattered was that we had found a way to bring peace to the last few years of a beautiful life.

All thanks to the amazing medicinal benefits of Cannabidioil (CBD) and Cannabis.

From the webSuccess Stories 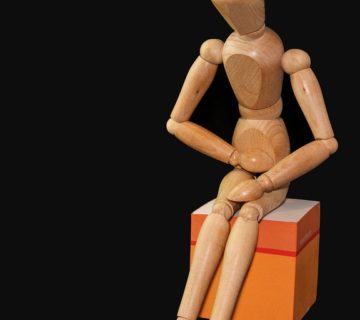 Crohn’s disease Cannabis can it help?