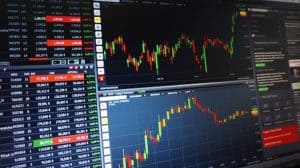 Cannabis stocks are a very unusual and new investment that when they are compared with regular investment, there definitely are no “safe bets.”  But if you decide to take the chance on them, medical marijuana offers you with a lot more options.  Many more states have legalized medical marijuana compared to recreational cannabis.  For almost two decades now, Canada has had legal medical cannabis.

There are investments that may be found in both Canada and the U.S. on major stock exchanges.  However, there are many more listed on the over-the-counter exchanges (OTC) where stocks and securities are traded via dealers – rather than a centralized network such as the NASDAQ.

Some Canadian companies have demonstrated that they are very intriguing players within the marketplace.  OrganiGram (OGRMF). Which is a licensed grower and producer of medical marijuana, at the time of this writing, is coming off a very strong second quarter.  As medical cannabis patients continue to increase, the sales of OrganiGram continue going up as well. Thanks in large part to their cannabis oil production.

Another option that is very popular is the Canadian company Canopy Growth Corporation (TWMJF) that studies and researches cannabis in addition to producing it.  It was valued at about $4.35 billion recently with the Bank of Montreal helping to finance it to give a competitive edge.  Aurora Cannabis (ACBFF), one of its major competitors, is expanding how many growth facilities it and has purchased CanniMed Therapeutics, one of its competitors.

Cronos Group Inc. (CRON), a Canadian company, was the very first cannabis company to trade on one of the major U.S. exchanges, on the NASDAQ.  Cronos, like Aurora, is also in the process of growing and expanding internationally.  It has shown volatility, which scares some people away while drawing others to it.  Despite this year’s overall decline, it has still had random days where it jumped 14%.  Canopy Growth Corp. (CGS), is another Canadian company that started to trade on the NYSE recently.

In Canada there are several other prominent medical marijuana companies you might want to investigate, such as Aphria (APHQF) and Med ReLeaf (MEDFF).

Unfortunately, medical cannabis is not as widespread in the US as it is in Canada, so the market is somewhat lacking.  That is why people have been looking for Canadian companies, since they are a lot more abundant.

Recreational marijuana is less common compared to medicinal.  However, it currently has its highest U.S. approval rating since surveys started tracking it. In nine states as well as Washington D.C.l, cannabis is 100% legal, including for recreational purposes.  Canada is very close to legalizing recreational marijuana, with Prime Minister Justin Trudeau continuing to state he is planning on getting the law passed during summer 2018.

Medical cannabis companies definitely will benefit from having new customers.  However, it would require additional expenses as well in order to continue to meet demand.  That is important to keep in mind.  There is money there to be made.  However, there is also money that needs to be spent.  Not all weed stocks will spit profits out simply if marijuana is legalized.

Although some companies have been making preparations for the time recreational marijuana becomes legal and there are expanded distribution needs, they might be worth checking out.  Over the years, Scott’s Miracle-Gro, Co. (SMG) has been acquiring other companies like Sunlight Supply and General Hydroponics – which produce cannabis growing supplies.

There is one important company that should be watched that doesn’t yet have have public stock trading, which is MedMen Enterprises.  It is a very successful retailer that sells cannabis products and has dispensaries located in several different states.  The companies has revealed it is planning to go public, and how they are going to do it – using a revered takeover (RTO) of the company OutdoorPartner Media Corporation, a currently unlisted organization. When it officially goes public, it might be worth watching for the details.

With marijuana stocks becoming more commonplace, so are marijuana exchange-traded funds (ETFs).  An ETF allows trading of several securities in a single fund, which provides a diverse portfolio.  It may be temping, but there are cannabis stocks that are even newer as well.  And with banks being very wary and cautious regarding individual cannabis stocks, then they will definitely be wary about funds with multiple cannabis stocks.

Therefore, remain cautious.  The Horizon ETFs have a cannabis fund, which is called Horizons Marijuana Life Sciences ETF (HMMJ) which is a very popular option and trades some of the previously mentioned companies such as Canaopy Growth and Aurora. The fund ETFMG Alternative Harvest ETF (MJ) exclusively focuses on pot stocks, wheres Evolve Marijuana ETF (TSX: SEED) is newer and comprised almost completely of Canadian stocks and trades on the Toronto Stock Exchange.

Due to how many prominent cannabis producers in Canada that there are, the heavy reliance on Canadian economies and companies is view to be another risk when it comes to ETFs.  If there is something that were to occur in Canada’s economy, then many Canadian traditional and penny pot stocks could crash at the same time.

Are you wanting to get in on the ground floor when it comes to cannabis?  There is way to directly invest in cannabis production if you would like to.

Hemp Inc. (HEMP) was founded in 2008 and is seeking to be a one-stop shop when it comes to hemp production.  This includes growing hemp, extracting ingredients from the plant, fiber process, and also selling products designed for hemp maintenance.  Recently Mitch McConnell, Senate Majority, gave the hemp plant its big moment when he announced that if an upcoming bill were to pass that it would legalize industrial hemp at the federal level.  If the bill were to pass, then a company such as Hemp Inc., since it has been working the entire time in states that have their own laws, most likely would have advantages over their competitors.