Aelis Farma Announces Positive Results From Its Safety Trials in Healthy Volunteers and the Authorization to Start the First Trial in People with Down Syndrome with AEF0217, its Drug Candidate for the Treatment of Cognitive DisordersPosted by MMP News AuthorOn November 15, 2022

Aelis Farma (ISIN: FR0014007ZB4 – Ticker: AELIS, PEA-PME eligible) (Paris: AELIS), a clinical stage biopharmaceutical company specializing in the development of treatments for brain diseases, announces today positive results from its phase 1 clinical trials in healthy volunteers with its drug candidate AEF0217. AEF0217 is being developed for the treatment of cognitive deficits caused by a hyperactivity of the CB1 receptor, and as a first indication those associated with Trisomy 21 (Down syndrome). Acute and chronic administration of AEF0217, up to 30 times the anticipated therapeutic range, is well tolerated and presents favorable safety and plasma exposure profiles, which allow the next stage of clinical development.

Pier Vincenzo Piazza, CEO of Aelis Farma, commented: “The very positive results of the phase 1 program achieved with AEF0217 constitute a significant step in the development of this drug candidate to treat cognitive deficits and in particular those linked to Trisomy 21, also known as Down syndrome. They also confirm the strong potential of the therapeutic class developed by Aelis Farma, the CB1-SSi, showing again an excellent safety profile as well as favorable pharmacokinetic characteristics. AEF0217 can now move forward and enter a phase 1/2 trial in people with Trisomy 21. This significant progress enables us to swiftly move towards the confirmation of AEF0217’s therapeutic potential to improve the cognitive deficits of people with Trisomy 21, for which there are no effective therapeutic solutions today.”

The phase 1 clinical program of AEF0217 combines three clinical trials authorized by the Spanish health authority, the AEMPS, in September 2021: a single ascending doses trial, a multiple (7 days) ascending doses trial, and a pharmacokinetic trial analyzing the impact of food consumption on drug absorption. This overall clinical program was designed to assess the safety, tolerability and absorption of AEF0217, in the range between 0.2 mg and 6 mg, in comparison with a placebo, in 68 healthy volunteers, aged between 18 and 55 years old.

The results obtained have shown that all the doses of AEF0217 were well tolerated by healthy volunteers with no serious adverse reaction. Only 3 adverse events related to AEF0217, manifesting as low intensity diarrhea, were observed during the full program. In addition, no relevant clinical changes in routine biological tests, electrocardiograms or vital signs were observed. Similarly, psychometric tests assessing main psychological dimensions, such as depression, anxiety, psychosis and suicidal tendencies did not show significant difference between AEF0217 and placebo. The pharmacokinetic profile of AEF0117 has also proven favorable and, as expected, is characterized by very good plasma absorption, linearity between doses and a long half-life.

“These positive results for AEF0217 are all the more encouraging as the safety of the compound is a particularly important criterion for the treatment of the Down syndrome population and for acceptance by the families of a treatment for cognitive deficits for these vulnerable people. We are delighted to be part of this revolutionary and exciting project to assess this drug candidate, which represents real hope for many people affected by Down syndrome and their families,” added Prof. Rafael de la Torre Fornell, principal investigator of the clinical trials and coordinator of the ICOD project.

It is thanks to these positive data that the AEMPS has authorized the advancement of AEF0217 to a first clinical trial in participants with Down syndrome. The main objective of this phase 1/2 study will be to demonstrate the safety, tolerability and the pharmacokinetic profile of AEF0217 in people with Down syndrome. The trial could also provide initial evidence of the activity of this drug candidate. The first enrollments are expected before the end of 2022 and the first clinical results should be available in mid-2023.

About the clinical program of AEF0217 for the treatment of cognitive disorders in Trisomy 21: Europe’s ICOD project.

The phase 1 program of AEF0217 is part of the European H2020 ICOD project (Improving COgnition in Down syndrome, Grant N° 899986), and is being performed in collaboration with the Hospital del Mar Medical Research Institute (IMIM) in Barcelona (Spain) and Prof. Rafael de la Torre Fornell, coordinator of the project and principal investigator of the trial. In February 2021, the ICOD project received funding of €6 million from the European Commission in order to finance the clinical development of AEF0217 for the treatment of cognitive deficits linked to Down syndrome.

Founded in 2013, Aelis Farma is a biopharmaceutical company that is developing a new class of drugs, the Signaling Specific inhibitors of the CB1 receptor of the endocannabinoid system (CB1-SSi). These new molecular entities hold great potential in the treatment of many brain diseases. CB1-SSi were developed by Aelis Farma on the basis of the discovery of a new natural defense mechanism of the brain made by the team of Dr. Pier Vincenzo Piazza, CEO of the Company, when he was Director of the Magendie Neurocenter of Inserm in Bordeaux. For these discoveries, Dr. Piazza was awarded the Inserm Grand Prix and the Grand Prix of Neurology of the French Academy of Sciences, which are among the most prestigious French awards in medicine and neurology.

Aelis Farma is developing two first-in-class drug candidates that are at the clinical stage, AEF0117 and AEF0217, and has a portfolio of innovative CB1-SSi for the treatment of other diseases associated with a dysregulation of the activity of the CB1 receptor.

AEF0117, which targets disorders due to excessive cannabis use (addiction and psychosis), has shown indications of efficacy in a phase 2a clinical trial and entered a phase 2b clinical trial in the United States in Q2 2022. Aelis Farma has an exclusive option-license agreement with Indivior PLC, a leading pharmaceutical company in the treatment of addiction, for the development and commercialization of AEF0117 for disorders due to excessive cannabis use. As part of this agreement, Aelis Farma has already received $30 million (option payment). If Indivior exercises the license option at the end of the phase 2b, Aelis Farma will receive a $100 million license fee (potentially in 2024) and Indivior will take responsibility for additional development costs. The agreement also includes up to $340 million in additional payments contingent on the achievement of development, regulatory and commercial milestones, as well as royalties on net sales of AEF0117 ranging between 12% and 20%.

AEF0217, which targets various cognitive disorders including those associated with Down syndrome, has successfully completed safety and pharmacokinetic trials (phase 1 clinical program) in healthy volunteers and will enter phase 1/2 trials before the end of 2022. This new trial will assess the safety and the pharmacokinetics of AEF0217 in people with Down syndrome and could also provide the first indications of activity. The results are expected in Q2 2023. AEF0217 has undergone an extensive preclinical proof-of-concept program using highly innovative tests to assess cognitive functions. In this context, AEF0217 demonstrated its ability to completely reverse the cognitive impairments observed in several animal models of cognitive disorders, such as Down syndrome and Fragile X syndrome, as well as in certain cognitive deficits associated with aging.

Based in Bordeaux, within the Magendie Neurocenter, Aelis Farma has a team of 23 highly qualified employees and has benefited from investments from the Nouvelle-Aquitaine Region, Inserm Transfert Initiative, Bpifrance, regional funds ACI, NACO and Aqui-invest and from IRDI Capital Investissement.

B Compartment of Euronext Paris

Some information contained in this press release are forward-looking statements, not historical data. These forward-looking statements are based on current beliefs, expectations, and assumptions, including, but not limited to, assumptions about Aelis Farma’s current and future strategy and the environment in which Aelis Farma operates. They involve known and unknown risks, uncertainties, and other factors, which may cause actual results, performance or achievements, or industry results or other events, to differ materially from those described or implied by such forward-looking statements. These risks and uncertainties include those set out and detailed in Chapter 3 “Risk Factors” of Aelis Farma’s registration document approved by the Autorité des marchés financiers on 14 January 2022 under number I.22-003. 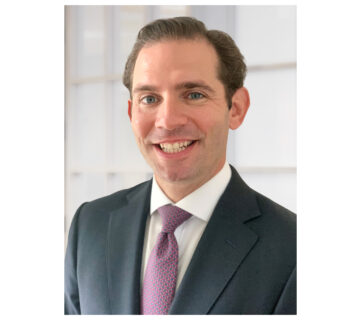 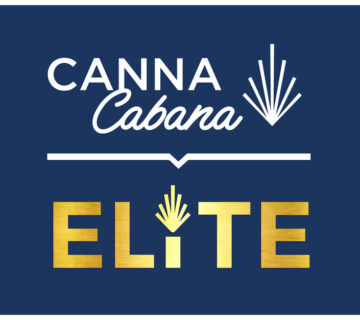