Agreement reached for Ohio vote on marijuana legalization in 2023Posted by MMP News AuthorOn May 13, 2022 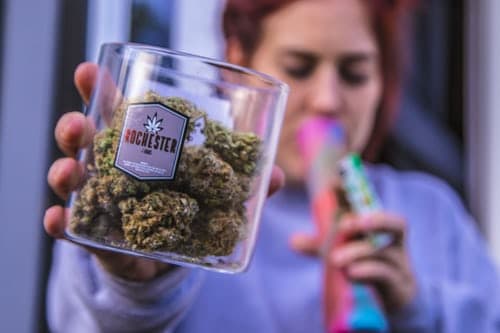 COLUMBUS, Ohio — A group backing the legalization of marijuana for adult use in Ohio and Republican legislative leaders have reached a settlement calling for a possible statewide legalization vote next year.

Coalition to Regulate Marijuana Like Alcohol sued the Republicans in Columbus earlier this month anticipating the GOP would argue that petitions gathered by the pro-marijuana group weren’t submitted in time earlier this year to allow for a vote this November.

The group initially submitted petition signatures Jan. 28 giving the Republican-led Legislature four months to decide whether or not to pursue a bill legalization. The group had hoped to gather another 133,000 signatures to put the issue on this November’s ballot if legislators failed to act.

While Republican leadership have made it clear they would not consider a legalization bill, they also indicated the coalition submitted its petitions to the Legislature too late to put legalization on this November’s ballot.

The settlement calls for the group to resubmit its petitions on Jan. 3, providing enough time for the coalition to gather more signatures to put the issue before voters in November 2023.