Can Vaping Help You Curb Your Cannabis Usage?Posted by CyberbumjbOn March 8, 2018 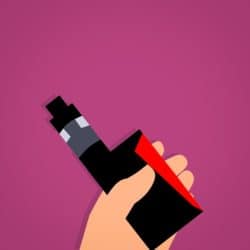 Many people are turning to vaping with an e-cigarette in order to quit smoking tobacco cigarettes, but can it also help you with cutting down on your cannabis usage?

Although vaping as an alternative to weed is based on anecdotal evidence rather than solid scientific research, there seems to be a trend of vaping in users looking to quit the drug.

Here, we’ve found out some more information on using vaping to curb your use of cannabis.

The negative effects of cannabis

There are a number of reasons why you might want to be curbing your use of cannabis and, although it has some positive medicinal applications, the drug as a whole largely has negative effects on your health.

Cannabis is extremely addictive, which can have a long-term effect on your wellbeing. Your risk of becoming addicted is higher if you start using it at a young age or use it every day.

Similarly, cannabis can seriously affect your mental health and increase your risk of developing a psychotic illness over the long-term, while some users will experience temporary paranoia and anxiety.

Cannabis can also be harmful to your lungs in a similar way to tobacco smoke, which can increase your risk of bronchitis, as well as cardiovascular diseases and strokes, not to mention the fact that cannabis is still a class B drug here in the UK, so regular usage could have you on the wrong side of the law too.

For more information on the dangers of cannabis use, check out the NHS Choices webpage.

How vaping can help you

Vaping can help you to reduce your smoking of cannabis in a number of ways.

Firstly, vaping can help you to replace the habit with an e-cigarette through muscle memory. While cannabis itself is addictive, a large part of the habit is down to the physical activity itself.

When you become accustomed to picking up a joint, placing it to your mouth and inhaling the smoke on a regular basis, your brain can become very attached to the act itself and this can make it more difficult to stop cold turkey.

However, an e-cigarette replicates this motion but removes the cannabis from the equation, satisfying your brain’s need for the activity without the drug.

Secondly, vaping can help you to cut down your cannabis over a long-term period, by allowing you more control.

When vapourising your cannabis, you can control the temperature at which this is done, which can reduce the harshness of the drug and allow you to slowly wean yourself off it as you tone down its strength.

Finally, vaping can help to minimise the negative effects of marijuana smoke so that even if you struggle to quit the habit entirely, you can remain a bit healthier. By vapourising the drug, you remove the smoke and with it, the thousands of chemicals and carcinogenic tar.

So, if you’ve decided to use vaping in order to curb your use of cannabis, there are a few options available to you.

If you want to vape your cannabis instead of smoking it, this article by BuzzFeed offers a comprehensive guide.

If you feel like you can remove the drug entirely but still want the flavour of cannabis, this

Space Cake liquid from Cloudz Vapour can help you to still have the taste of weed, while removing the illegal THC, the principal ingredient that gets you high.

Alternatively, if you’re ready for a full break, you can replace the habit with a nicotine vape, which can replace the rush of cannabis on a temporary basis. However, it’s important to note that nicotine is extremely addictive as well, so you could be replacing one bad habit with another.

It’s important to remember that the experience of quitting cannabis will vary across situations and for more help on quitting, head to Frank.