Colorado And Washington Got More Tax Revenue From Marijuana Than From Alcohol Or Cigarettes In Fiscal Year 2022, Report FindsPosted by MMP News AuthorOn September 30, 2022 Colorado and Washington State took in more revenue from marijuana sales than from either alcohol or cigarettes in Fiscal Year 2022, according to a new report.

Another eight states saw tax revenue from cannabis outpace cigarettes, while Nevada took in more from marijuana than alcohol.

The analysis, published by the Tax Policy Center on Wednesday, provides a comprehensive overview of the various tax models, revenue data and debates over the most effective tax regimes in states that have legalized cannabis.

Here’s highlights of what they found. First, states and localities tax marijuana by weight, sales price, potency, or some combination. pic.twitter.com/uXX91muaAq

Researchers Richard Auxier and Nikhita Airi said that while it’s difficult to draw generalizations about marijuana tax policy given the patchwork of state and local tax models, there are several trends that have arisen since jurisdictions started implementing legalization. One of those trends is that, as cannabis markets have expanded, the plant is often eclipsing alcohol and cigarettes in terms of revenue it generates for tax coffers. 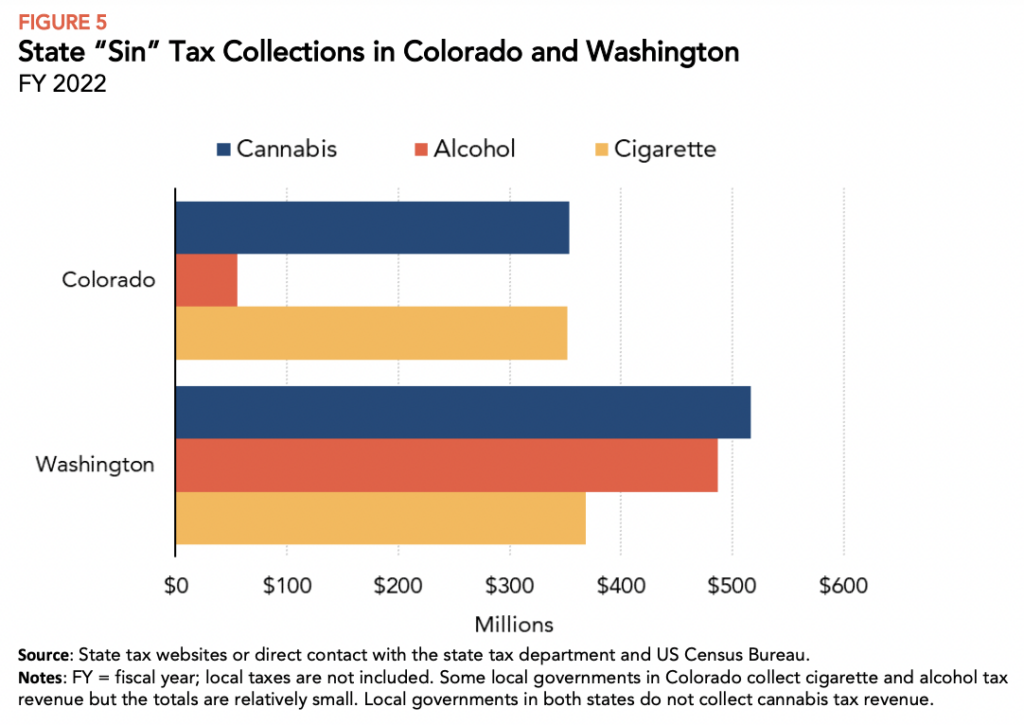