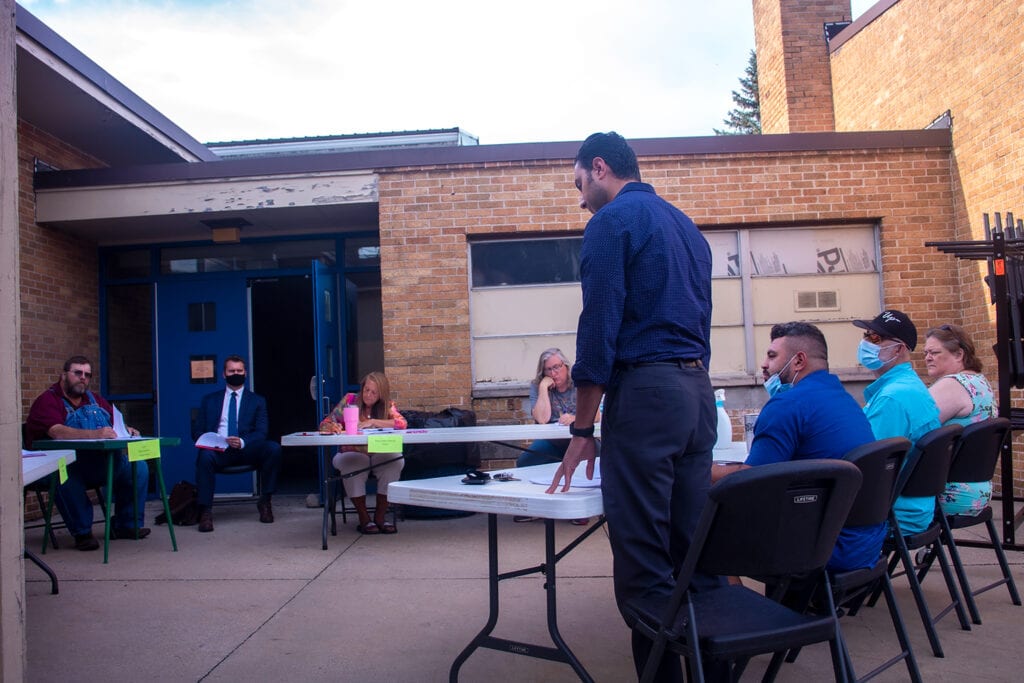 CRYSTAL TOWNSHIP — Sitting outside the front of the Crystal Community Center on Wednesday evening, the Crystal Township Board met to review the one and only marijuana licensing application they received.

In March, the Township Board unanimously voted to open an application window to submit licensing requests for medical marijuana provisioning centers and recreational marijuana micro-businesses and retail stores from March 23 to July 20.

With the application window now closed, the board gathered on Wednesday to review the application they received from Jim Chandler of Crystal, who previously purchased the two-story Crystal Clean Laundromat building at 102 S. Main St. in hopes of turning it into a marijuana dispensary.

“They’re looking to put together a really nice facility for a provisioning center in town,” Joseph Nafsu, Chandler’s lawyer, told the board. “They think it would benefit the community, obviously. There is a lot of tax dollars to be made through this and some employment, too.” 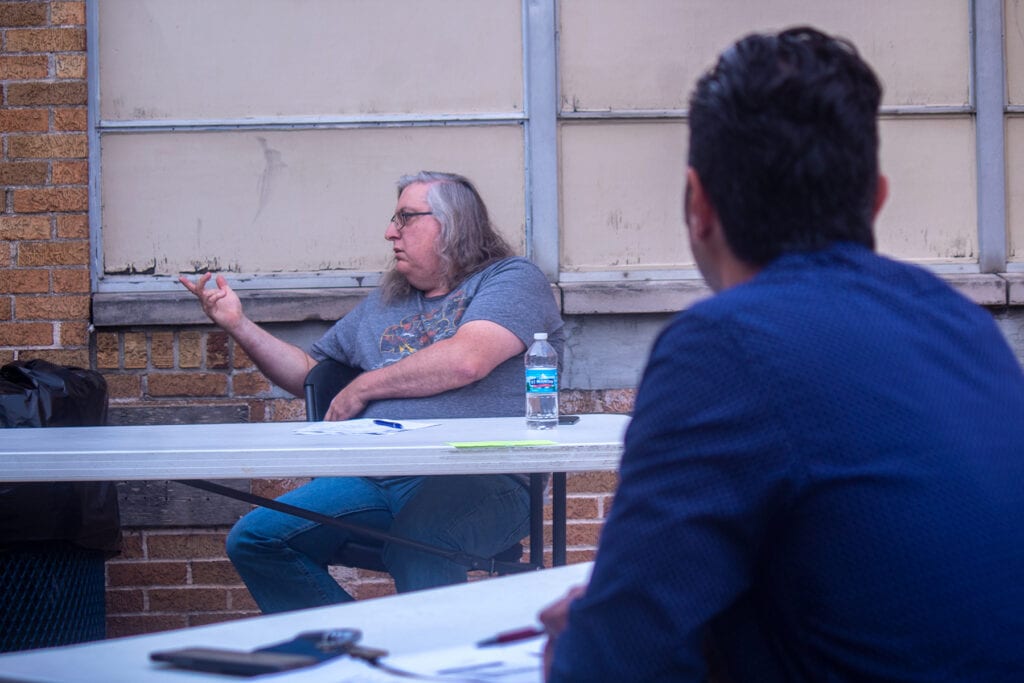 Chandler said he’s planning to hire 12 employees for the business, which would include a mix of managers, bud-tenders and security guards.

“And you’d be growing no product on-sight, correct? You plan on buying it all from outside the facility?” Trustee Drew Lane asked, which Chandler confirmed.

Trustee Sherry Kutt inquired whether this application was only for a medical marijuana provisioning center or if Chandler intended to include recreational marijuana within the business as well.

“We re-submitted the plan strictly for medical,” Nafsu said.

“My understanding, and this is summarizing my conversations with the applicant, is they’re intent, eventually, is to grow their business into (both a recreational and medical marijuana) establishment,” said David Eberle, an attorney of Bloom Sluggett, who attended Wednesday’s meeting to represent the township. “Their business plan is forward-looking. Right now, they understand they only have the qualifications for a medical marijuana provisioning center.”

Clerk Patty Baker-Marek questioned how the board should be expected to rate certain portions of Chandler’s application.

“How do I know how to rate that’s negative air pressure being maintained in the building?” she asked….