By Maxine Shen For Dailymail.com 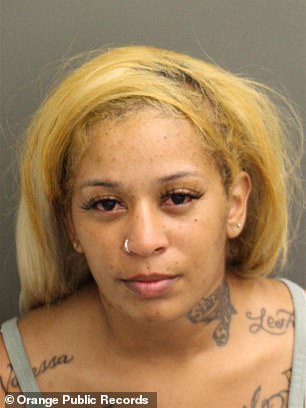 Yunique Smith, 27, was charged with carrying a concealed weapon and possession of marijuana after Disney World security guards allegedly found the items in her baby’s diaper bag while she and her family were trying to enter Epcot Center on July 18

A Georgia woman was arrested and charged after Disney World security guards at Epcot Center found two handguns and marijuana inside her child’s diaper bag.

Yunique Smith, 27, of Stone Mountain, Georgia, was charged with carrying a concealed weapon and possession of less than 20 grams of cannabis on July 18 at about 6.40pm.

Her arrest report stated that Smith was stopped while she was going through Epcot’s security check line, along…

LGBTQ, immigration, medical marijuana, immigration and more — What is ‘the Utah way’ on these issues?