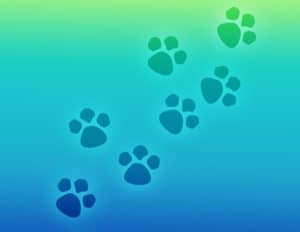 Marijuana, cannabis sativa, CBD oil,  the Seth Rogen – OK, I made that last one up. But let’s face it, there are a lot of terms for cannabis, and many might think that the ones above refer to all the same thing. But this isn’t true:

I can feel your rage building up behind the screen. The problem with marijuana, regardless if it’s recreational or medical, is it will contain notable levels of tetrahydrocannabinol (THC) – THC in high amounts is toxic to dogs and it gets them high.

If you think that it sucks that medical marijuana can provide a literal treasure trove of medical health, but it’s dangerous because of the high and THC, you’re not alone.

It was actually children that inspired the idea of taking THC out of medical marijuana, which in turn makes it medical hemp or CBD oil. With no THC, you don’t have you worry about the potential dangerous effects of “marijuana” on the developing brain. 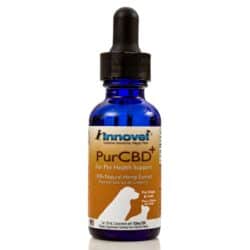 If you thought the terminology from above was bad, oh boy just you wait. First, right here and now stop thinking cannabis = high or marijuana.

Cannabidiol, or CBD, is one of 100+ phytocannabinoids found in cannabis and unlike it’s cousin tetrahydrocannabinol it can’t get you high. Cannabinoids are also found in chocolate, flax seeds, and every single organism with a vertebrate – including you, me, and our dogs. In fact, mammals developed an internal biological system 600 million years ago that regulates and stabilizes other internal systems and organs when they are under stress. This physiological and cognitive regulator is known as the Endocannabinoid System. This system includes endocannabinoids that the brain creates and the two cannabinoid receptors they attach to: CB1 and CB2.

When a CB receptor is activated it provides beneficial therapeutic and stabilizing properties to the region it’s in. Think of it like this: you have a retail store (immune system) and holiday is about to hit (winter), but you’ve done nothing to prepare for the increase in traffic (pathogens), sales (bacteria), etc. When chaos ensues, CB receptors are lit up and they get the store functioning again under the increased stress as long as they stay lit up.

While THC can attach to CB1 receptors, CBD can’t attach to either – most likely the reason CBD does not cause a high. CBD instead, temporarily inhibits an enzyme from prematurely breaking down the naturally created endocannabinoids, which keep the receptors lit up. This provides ongoing therapeutic regulation and stabilization. Let’s look at our store metaphor again, but this time with CBD.

The boss (brain) hires a group of teenagers (creates endocannabinoids) to be seasonal workers to help a store (systems and organs) cope with the increased sales and traffic (pathogens, anxiety triggers, high calories, all external threats).

On the way to the store the seasonals helpers get stopped by their moms (enzymes) who fear they’re not ready for the job, and the mom forces them to apply for a different position ( cannabinoids get broken down and later reused). So the store only has about half of the seasonal workers and the store improves, but is still under heavy stress. Enter, Dad (CBD) who takes away mom’s attention (by inhibiting enzymes) and all of our seasonal workers are able to reach the store while Dad and mom spend some . . . time alone.

With more cannabinoids in the system you’ll see:

Remember, the reason CBD oil helps with so many different medical issues is it promotes the natural biological system that plays a vital role in keeping the organism healthy. Cannabis oil for dogs anxiety can help in ways we can’t imagine, but remember make sure you’re using CBD oil derived from medical hemp, which will contain a safe and legal amount of 0.03% THC or less.