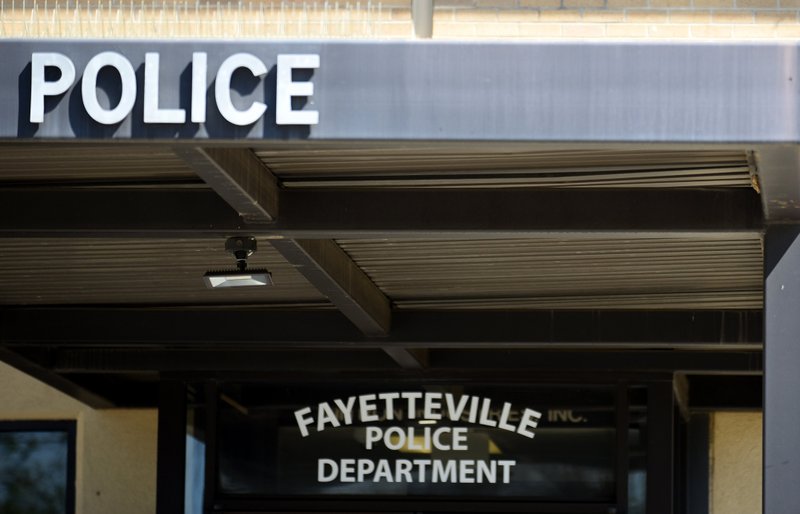 FAYETTEVILLE — An evidence technician with the Fayetteville Police Department was fired April 8 after she admitted taking some marijuana from a police evidence storage facility, Chief Mike Reynolds confirmed Thursday.

Reynolds said Meghan Churchill, 35, was later arrested after a search warrant was executed at her residence and officers found a marijuana pipe and a marijuana grinder. Neither of the items were taken from police evidence, Reynolds said.

Churchill was issued a citation for misdemeanor possession of drug paraphernalia and released due to the overcrowded conditions at the Washington County Detention Center.

“This was some marijuana that was set for destruction,” Reynolds said. “The case had already been adjudicated.”

Reynolds said the remainder of the marijuana from that case was destroyed before the internal investigation began so he could not say how much was taken.

Reynolds said he had gathered enough information on the matter to fire Churchill the next day, April 8, for violations of police department and city policies. A criminal investigation into Churchill’s actions while employed is continuing.

Reynolds said Churchill was hired on Sept. 30, 2013 as a police support specialist, which is a records clerk position. She was transferred from the records division to the property division as an evidence technician on Feb. 16, 2015.

Reynolds, who has been with the department since 1993, said there have been no incidents like this during his time there. He said an officer with the Drug Task Force was involved in something similar before he was hired but he could not remember the details. He said any such incidents damage both the person involved and the department.

“You always put a lot of value in the integrity of your employees and when they let you down it hurts,” he said. “It hurts the reputation of the employee and it hurts our reputation as a police department. It’s a black eye on our agency.”

Reynolds said he ordered a complete inventory of all of the department’s evidence storage facilities and found no other items missing or had been tampered with.

Reynolds said the department is reviewing its policies and procedures and has already implemented several changes. He said surveillance cameras are being installed inside the evidence storage facilities. The facility Churchill entered had an exterior camera only. Churchill is seen entering the facility on video from that camera, Reynolds said.

Reynolds said he had no evidence of any drug use by Churchill but that employees were only tested if it was deemed necessary. He said a program of unannounced, quarterly drug testing will be implemented.

The results of the department’s internal investigation were given to Washington County Prosecuting Attorney Matt Durrett and Fayetteville City Prosecutor Brian Thomas, Reynolds said. When the criminal investigation is completed, those results will also be sent to the prosecutors’ offices for review.

'Egregious conduct' in Missouri medical marijuana? What a key industry lawsuit might mean for the future

Why Cantor Fitzgerald Is No Longer An Aurora Cannabis Bull