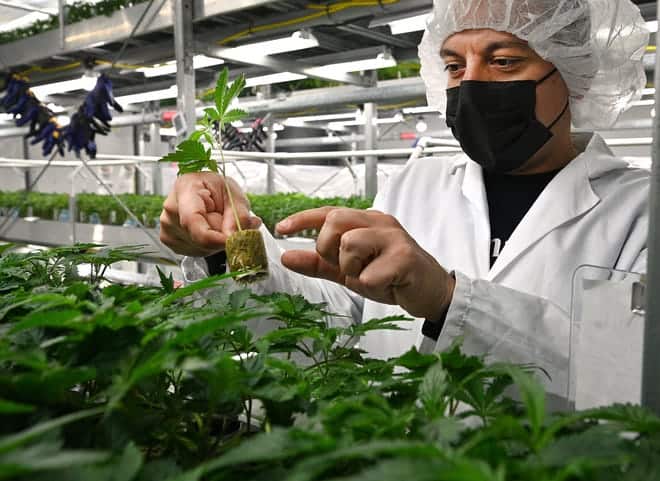 ALBANY, New York — A federal judge has temporarily blocked New York from issuing recreational marijuana dispensary licenses in Brooklyn and parts of upstate New York while a legal challenge to the state’s selection process is being considered.

The preliminary injunction from U.S. District Court Judge Gary Sharpe in Albany on Thursday comes as the state prepares to begin adult marijuana sales by the end of the year, starting with shop owners with past pot convictions or their relatives. New York lawmakers designed the state’s legal market to make sure the first retailers were people directly affected drug law enforcement.

Sharpe is hearing a legal challenge from Variscite NY One, which claims the state’s selection process favors New York residents over out-of-state residents in violation of constitutional interstate commerce protections.

The judge’s order temporarily bars the state from issuing retail licenses for the five regions of the state Variscite selected in its business application: Brooklyn, central New York, the Finger Lakes, the mid-Hudson region and western New York. It does not cover nine other regions of the state, including the rest of New York City. The ruling affects up to 63 of the 150 possible business licenses.

Officials at the Office of Cannabis Management said Friday its board will still consider license applications later this month for up to 150 businesses and individuals, along with applications for up to 25 nonprofit licenses.