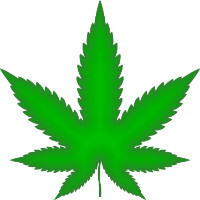 ATLANTIC CITY — What started as a wellness check led to the arrest of two individuals and the seizure of a cache of weapons and drugs.

On Monday, Oct. 10, two officers were flagged down by a concerned citizen on South Michigan Avenue regarding two individuals inside a parked car, possibly experiencing a medical emergency.

The two occupants of the vehicle, 33-year-old Shannon Lockhart of Egg Harbor City, and 34-year-old Gregory Donzuso of Hammonton appeared to be sleeping.

The officers determined Lockhart was having a medical emergency. Aid was quickly rendered until EMS arrived on the scene.

Officers said they found a large quantity of marijuana packaged inside a large open box in the back seat of the vehicle.

The officers also seized $546 in cash, believed to be proceeds from the CDS sales.