Increase in the legalization of cannabis has resulted in monumental growth of the market. People are becoming increasingly aware of the benefits and doctors are also prescribing marijuana-based medications to relieve symptoms of various diseases like epilepsy, Alzheimer’s, Parkinson’s, and even Tourette’s syndrome. Research and development surrounding uses and benefits have also gained traction and are also propelling growth.

Recently, the state of New Jersey granted legalization of recreational use of marijuana to be sold under federally regulated outlets. The increase in the legitimization of marijuana has greatly affected the growth of the market. Hence, health practitioners, physicians, and other authorized healthcare professionals can prescribe cannabis-based treatments for various indications.

It has been a potent treatment for reducing nausea caused due to chemotherapy treatments, epileptic seizures as well as chronic pain, and other neurological diseases. Many reforms regarding the legalization of marijuana have been voted upon by the U.S. government which have the potential to make marijuana a federally legal drug. This has also had a positive impact on the growth of the industry.

At present, the medicinal products made from marijuana have also come under federally controlled substances. Cancer, chronic pain, Tourette’s, etc. are some of the conditions for which CBD products are routinely prescribed as alternate medications. The increasing prevalence of cancer and other chronic conditions is expected to drive the growth in North America.

Medical practitioners are favoring the use of these products over conventional products since they are not habit-forming, all of these factors have been significant contributors to the growth of the market.

In the products category, the largest revenue share was held by the oil segment, since the region has legitimized medicinal use across the majority of the regions, CBD oil, and other derivatives containing oil extracted from marijuana have been the primary focus of the industry. It is also the fastest-growing category due to its high demand in various applications and its benefits over traditional prescription medicines, especially for chronic pain, nausea, and epileptic seizure, these have been key factors driving the growth of the market.

In the medical use segment, the chronic pain category had the largest market share in 2021. As studied and researched, CBD oil and other extracts from marijuana are potent in reducing the sensation of pain and are not habit-forming like pain medications, opioids, etc.

The fastest-growing category has been the Tourette’s syndrome, even though marijuana is linked with creating a sense of euphoria which ideally should increase occurrences of tics in the disease, marijuana was studied to have reduced tics in Tourette’s patients. All these factors are key to the growth of the market.

In the marijuana type, medical use held the largest share and has contributed significantly to the overall market growth due to the high demand for these products for medical purposes across the region. However, recreational use has been gaining a lot of traction, this has been a result of recent legalizations across U.S. and Canada to curb the illicit trade of the drug in the region.

A survey conducted by the Pew Research Center stated more than 60% of respondents felt that recreational use should be legalized in the U.S., these statistics prove that the wide general acceptance and demand has grown over time and is driving the growth of the market in North America.

COVID-19 pandemic saw an increase in demand for marijuana and it was stockpiled like an item of necessity during the initial phase of the pandemic. In Canada, more than 800 companies big and small are involved in the sale and processing of cannabis.

A report by Deloitte Canada found that for every single USD, for revenue and capital expenditure, the cannabis industry adds USD 1.09 to the country’s GDP. It has created a plethora of jobs since the businesses have been legitimized. This has all contributed significantly to the growth of the market.

For more information about this report visit https://www.researchandmarkets.com/r/hvc15s 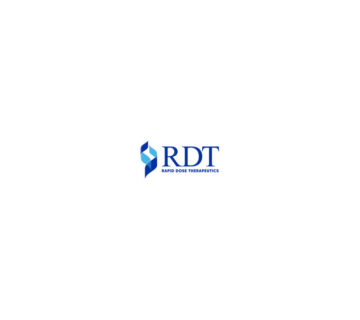