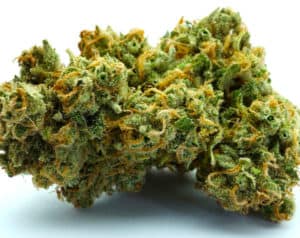 These projections are based on many factors including the potential legalization of marijuana in other states that have yet to pass laws for recreational use. States like California that adopted recreational laws early on have witnessed tremendous growth. The marijuana market alone is estimated to drive nationwide recreational sales that could clear $4 to $5 billion dollars in 2018.

Another State that has benefited immensely from the legalization of marijuana is Nevada. The people showed up and rocked the vote back in 2016 and Nevada hasn’t look back. Not really surprising that Nevada embraced it so quick, sales kicked off in 2017 and the state has already generated more than $300 million in recreational sales. As a state, Nevada has already cleared over $50 million in tax dollars. The state is stacking greens like the people are smoking them. Colorado and Washington legalized marijuana long ago and have reached numbers beyond $2 billion dollars. Dispensaries like Helping Hands Herbals in Colorado have benefited

Other states are waiting anxiously to cash in on this gold rush, legalizing marijuana for recreational use will bring tax benefits to the state that no other new law can do for a state. Medical marijuana sales continue to generate revenue for the states that have legalized it for that use.

Dispensaries have cashed in on this movement as well. Both medical dispensaries and recreational dispensaries have witnessed a rapid growth rate that has allowed many to expand their operations and open doors at new locations across the state. Entrepreneurs are gathering to try and get a piece of the weed pie, from dispensaries to grow houses, there are opportunities everywhere for businesses minded cannabis enthusiasts to cash in on this once and a lifetime opportunity. There are still many skeptics however, the uncertainty of how the Federal government may regulate or decide to shut down recreational operations leaves many wondering if this is an industry they want to invest in.