The Use and Effects of Cannabis Between The SexesPosted by MMP-ADMINOn September 9, 2018 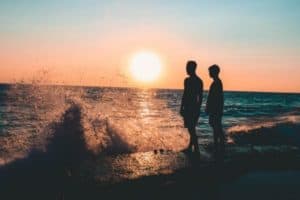 The purpose of the study was to examine sex differences in cannabis use patterns between recreational and medical cannabis users. With the growth of the cannabis industry, changes in public awareness about the risks of marijuana and increasing rates of use make it critical that research is conducted to better understand the effects of cannabis in humans.

The study included 2374 marijuana users which were asked to complete an anonymous, online survey that measured their marijuana use practices, including the short-term acute effects of cannabis and it’s withdrawal effects. Another1418 medical cannabis users also indicated their medical conditions in which they use cannabis and what they observed.

Differences between the sexes in the areas where medical marijuana is used, and its efficacy, were very minor.

This information will help the expanding population of marijuana users, as well as medical professionals and policymakers, to make informed decisions about the risks and benefits of cannabis use.

Awaken your senses and soothe yourself with sweet cooling spearmint, subtly infused with CBD.