A narcotics surveillance operations netted thousands of pills, tens of thousands in cash and pounds of marijuana, authorities said.

The Jefferson County Narcotics Task Force was conducting surveillance on suspicious vehicles on Major Drive near Willow Bend at approximately 5 p.m. Thursday, when deputies noticed erratic driving from two vehicles that appeared to be traveling together.

A Lexus car and Ford van exited the roadway, cut across private property to avoid an intersection and then got back onto the roadway.

The van was driven by 45-year-old Francisco Saldana of Cypress. There was a strong odor of marijuana coming from inside the van and upon searching the van, three large suitcases and a box were discovered containing hydroponic marijuana. 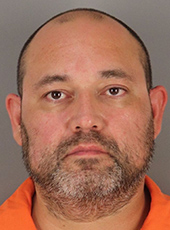