Vaping or Smoking Cannabis what is healthier?Posted by MMP-ADMINOn September 27, 2018 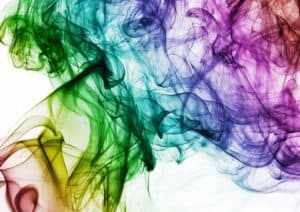 Vaping or Smoking Cannabis – There is a misconception that smoking cannabis is not as dangerous as smoking tobacco. I’m not talking about the CBD or THC found in cannabis, but the smoke itself. Cannabis smoke is a carcinogen, the fact remains that marijuana smokers do not smoke the same amount of joints as a pack a day cigarette smoker.

The most destructive impact of cannabis smoking is the inhalation of smoke that users expose themselves to very time they light up. This method of lighting up is a fast and easy way of releasing the compounds that give cannabis its high. Unfortunately the effects of burning cannabis and inhaling it in this manner causes significant damage to the respiratory system. This smoke delivers the same damaging carcinogens and harmful chemicals as that of tobacco. The most immediate impact is damage to the windpipe and lungs due to the tar and carcinogens found in the smoke.

But there are other alternative forms of marijuana delivery other than smoking, a vaporizer is designed to heat cannabinoids to their optimal temperature. Cannabis reaches its combustion temperature which is estimated at 390 degrees Fahrenheit. Cannabinoids will start to vaporize at 280 degrees.

This form of heating tends to completely eliminate all the harmful chemicals that are associated with burning weed. In regards to health benefits and getting the maximum hit for your dollar, speed of delivery, the vaporizer wins hands down.

The benefits to Vaping

Discreet in size and odor

More money in your pocket

With all the benefits, it is evident that switching to vaporizing is a great choice. More and more people are switching over which is proof of the popularity of these devices in the marketplace.

We are confident in recommending the following vapor suppliers, who have competitive prices and deliver great customer service.

A Guide to Picking a Pocket Lighter