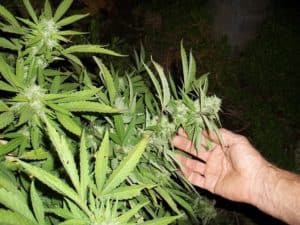 The year 2016 was a big one for the nascent marijuana industry. In North America alone, consumers spent a remarkable $6.7 billion on legal cannabis, which is an increase of 34% from 2015. With additional adult use markets opening in Canada, California and Massachusetts, this trend seems highly likely to continue. According to some recent studies, the industry could be generating a revenue of over $20 billion by 2021. 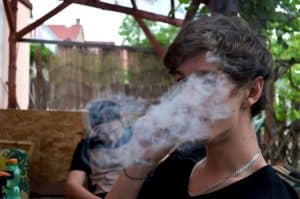 With states such as Colorado and Oregon enjoying the benefits of legalization, it’s only a matter of time before recreational marijuana use becomes even more popular. Here are 7 states we think are the most likely to follow suit and pass recreational cannabis in the near future:

At first glance, Michigan seems like a long shot when it comes to legalization. The state’s marijuana advocacy groups have been trying to get this issue on the ballot for years, but they could never collect enough signatures. However, the upcoming ballot initiative scheduled for November 2018 might be a different story. The new ballot proposal to legalize cannabis in Michigan is gaining some serious steam, and it’s quickly closing towards its target of 252,523 signatures.

With 59% of Rhode Island in favor of legalizing recreational use, it’s a bit strange that it hasn’t happened yet. According to experts, this seems to be the case of playing it safe. According to the Regulate Rhode Island coalition, the idea is to legalize possession of up to an ounce of marijuana. These changes would take effect in July 2018, around the time stores open up in Massachusetts. The pressure from Massachusetts – and to a lesser extent, Maine – is a pretty big deal, since the coalition wants to avoid losing out on cannabis revenue.

As one of the more liberal states of America, New York has long been a strong candidate to legalize recreational marijuana. There’s a lot of talk about expanding the medical marijuana program and allowing recreational use through a constitutional convention vote, which could happen pretty soon. It’s important to note, however, that Governor Andrew Cuomo has previously expressed his concern regarding cannabis. On the other hand, he’s a potential presidential candidate in 2020 – can he really afford not to get on with the program?

Thanks to the gubernatorial primary elections held in June, New Jersey might not have to wait too long to get legislative approval. The general election will occur on November 7, and Democratic candidate Phil Murphy seems to be the frontrunner. Murphy has already confirmed he plans on legalizing marijuana, citing it as the right and just choice. As for the Republican candidate, Lt. Gov. Kim Guadagno, she’s officially opposed to legalization; however, she did have some positive things to say about the medical marijuana program in the past.

With public opinion in Arizona now in favor of medical and adult use, all eyes are turning to the 2018 ballot initiative. The Arizona voters were already pretty close to passing this initiative in 2016, so it seems logical to assume they have a good shot of doing it next year. If the pro-cannabis organization Safer Arizona manages to collect 225,000 signatures until next July, the bill will have a pretty good chance of passing. Early signs certainly seem to be encouraging. If you happen to be a patient, make sure to checck out Encanto dispensary of Phoenix AZ.

Major budget concerns are hardly a new development in Illinois, and the deficits only seem to increase. Despite the fact that cannabis has often been seen as one of the possible revenue generators for this state, Governor Bruce Rauner has made it clear that he’s not interested. The upcoming 2018 re-election could shed some new light on the matter, however, since Rauner seems to be facing an uphill battle to stay in the seat. If a Democratic governor takes his place, the marijuana bill is likely to be taken into consideration.

Though Vermont was very close to becoming the first state to legalize recreational cannabis via a state legislature, every passed bill was eventually vetoed by the governor. In order for the current bill to move forward, the legislature needs to reconvene and re-work it a bit. As it stands, this will most likely happen later this year or next January. Most experts seem optimistic that the revised bill will pass when brought to a vote, though the process is admittedly taking longer than expected.