Aelis Farma (ISIN: FR0014007ZB4 – Ticker: AELIS, PEA-PME eligible), a clinical-stage biopharmaceutical company specialized in the development of treatments for brain diseases, announces today that Pier Vincenzo Piazza, CEO of Aelis Farma, has received the Entrepreneur of the Year 2022 award from auditing and consulting firm Ernst and Young, in the “Scale-Up” category.

For the last 30 years, this Entrepreneur of the Year award highlights men and women who create wealth and employment in France. The Scale-Up of the Year award recognizes entrepreneurs embarked on a major acceleration phase of their activity and capable of becoming the next French unicorns.

“It is a genuine honor to receive this award that we owe to the immense work undertaken by Aelis Farma’s teams. It is to them that I dedicate this award, congratulating and thanking them for making this collective success possible. Thanks to their exemplary commitment and expertise, Aelis Farma is seeing rapid and solid growth enabling it to position itself today as one of the most innovative companies in the field of brain diseases, addressing major health issues characterized by substantial unmet medical needs such as cannabis addiction and cognitive disorders associated with Down syndrome”, commented Pier Vincenzo Piazza.

Founded in 2013, Aelis Farma is a biopharmaceutical company that is developing a new class of drugs, the Signaling Specific inhibitors of the CB1 receptor of the endocannabinoid system (CB1-SSi). These new molecular entities hold great potential in the treatment of many brain diseases. CB1-SSi were developed by Aelis Farma on the basis of the discovery of a new natural defense mechanism of the brain made by the team of Dr. Pier Vincenzo Piazza, CEO of the Company, when he was Director of the Inserm Magendie Neurocenter in Bordeaux. For these discoveries, Dr. Piazza was awarded the Inserm Grand Prix and the Grand Prix of Neurology of the French Academy of Sciences, which are among the most prestigious French prizes in medicine and neurology.

Aelis Farma is developing two first-in-class drug candidates that are at the clinical stage, AEF0117 and AEF0217, and has a portfolio of innovative CB1-SSi for the treatment of other diseases associated with a dysregulation of the activity of the CB1 receptor.

AEF0117, which targets the disorders due to excessive cannabis use (addiction and psychosis), has shown indications of efficacy in a phase 2a clinical trial and has entered a phase 2b clinical trial in the United States in Q2 2022. Aelis Farma has an exclusive option-license agreement with Indivior PLC, a leading pharmaceutical company in the treatment of addiction, for the development and commercialization of AEF0117 for disorders due to excessive cannabis use. As part of this agreement, Aelis Farma received $30 million (option payment). If Indivior exercises the license option at the end of the phase 2b, Aelis Farma will receive a $100 million license fee (potentially in 2024) and up to $340 million in additional payments contingent on the achievement of development, regulatory and commercial milestones as well as, royalties on net sales of AEF0117 ranging between 12% and 20%.

AEF0217, which targets various cognitive disorders including those associated with Down syndrome, has finished recruitments of its phase 1 program in healthy volunteers and will start in Q4 2022 a phase 1/2 study in Down syndrome subjects. This compound has undergone an extensive preclinical proof-of-concept program using highly innovative assessing cognitive functions. In this context, AEF0217 has demonstrated its ability to completely reverse cognitive deficits observed in several animal models of neurodevelopmental disorders, such as Down syndrome and Fragile X syndrome, as well as in models of certain cognitive deficits associated with aging.

Based in Bordeaux, within the Magendie Neurocenter, Aelis Farma has a team of 23 highly qualified employees and has benefited from investments from the Nouvelle-Aquitaine Region, Inserm Transfert Initiative, Bpifrance, regional funds ACI, NACO and Aqui-invest and IRDI Capital Investissement.

About the global EY organization

The global EY organization is a leader in assurance, tax, transaction and advisory services. We leverage our experience, knowledge and services to help build trust and confidence in the capital markets and in economies all over the world. We are ideally equipped for this task — with well trained employees, strong teams, excellent services and outstanding client relations. Our global purpose is to drive progress and make a difference by building a better working world — for our people, for our clients and for our communities.

The global EY organization refers to all member firms of Ernst & Young Global Limited (EYG). Each EYG member firm is a separate legal entity and has no liability for another such entity’s acts or omissions. Ernst & Young Global Limited, a UK company limited by guarantee, does not provide services to clients. Information about how EY collects and uses personal data and a description of the rights individuals have under data protection legislation are available via ey.com/privacy. For more information about our organization, please visit ey.com.

For more information on the EY Entrepreneur of the Year Awards: https://www.ey.com/fr_fr/prix-de-l-entrepreneur-de-l-annee

B Compartment of Euronext Paris

Some information contained in this press release are forward-looking statements, not historical data. These forward-looking statements are based on current beliefs, expectations, and assumptions, including, but not limited to, assumptions about Aelis Farma’s current and future strategy and the environment in which Aelis Farma operates. They involve known and unknown risks, uncertainties, and other factors, which may cause actual results, performance or achievements, or industry results or other events, to differ materially from those described or implied by such forward-looking statements. These risks and uncertainties include those set out and detailed in Chapter 3 “Risk Factors” of Aelis Farma’s registration document approved by the Autorité des marchés financiers on 14 January 2022 under number I.22-003. 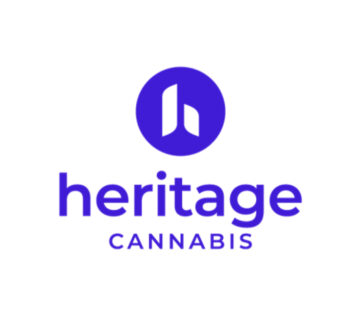